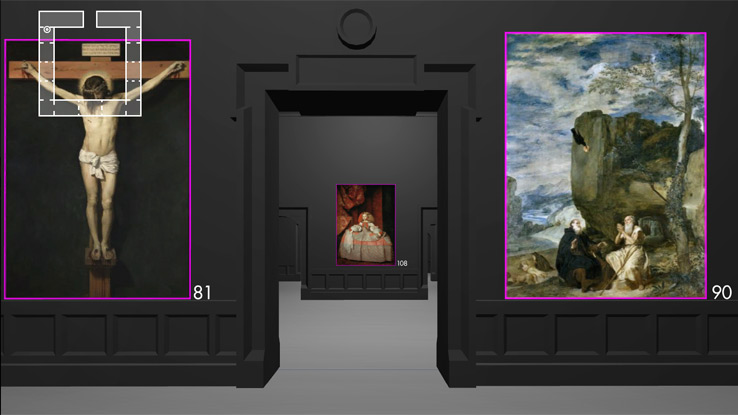 An exhibition of some of the major works from the Prado was organised in Geneva in 1939. This was not a planned event but the result of the spanish civil war: over 170 masterpieces were sent to Geneva as a measure of protection against Franco’s bombings.

This historical event is not only interesting with respect to its political context, but also in terms of the way the exhibition was setup. It was one of the first times that paintings were hung in a “modern” rational way.

I wrote a simple Unity app to helped a team from geneva’s museum of art and history create a 3D representation of this layout. The first floor of the museum is modelled and the paintings are "hanged" following the reconstituted 2D plans.

The result is both a research tool and a mediation opportunity.